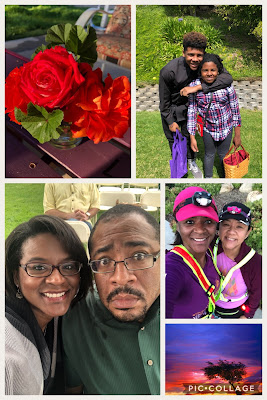 The continued prayer is, “Lord keep me focused. Keep my mind stayed on You. Help me to bring You praise. I know You believe in me. Please help me in my unbelief. Amen.”

I was up early on Saturday morning to get a run in. The goal was to get a “longer” run in. We’d never done the run quite like this before. Instead of doing an Out-n-Back route like we would typically do, we opted to meet at the Finish and drive to the Start. Afterward, I drove Lina back to her car.

We were both hoping that this route was closer to 5 miles, but I came up with it last minute and Lina agreed to it. Later, we talked about how we might add mileage to it. We are both training for the Rock n Roll Half Marathon in October. So getting more mileage in is critical.

This run started out hilly, but once we got to a turnaround point, it was all downhill from there. “Downhill” is often seen a negative to most people, but not to Runners. Downhill is the *best*!! I imagine it’s like saying, “Once the children left home for good, our marriage was all downhill.”

To a Runner, that means it is AWESOME! Easy! And something I could roll with for the rest of my life!! *sigh*

I love my kids. I love being their Mom. But I can’t wait to have my house back and my boyfriend back. And for life to be ……. Downhill!

That’s what this run was like. It was great. We’ll have to do it again and add some miles to it. I’ll letcha know how it goes


The next day was Easter! We went to church with my In-Laws. They held their Services outside. It was a very typical Evangelical Easter Service. Very pleasant and uplifting. Afterward, we went to my In-Laws’ house for lunch. 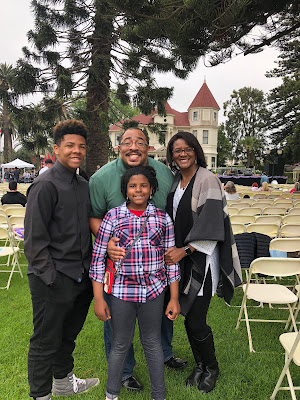 Both kids requested an Easter Egg Hunt. I was surprised by this. Jayda, not so much. She’s 10. I can’t remember the last time I partook in an Easter Egg Hunt, but I am *positive* I was older than 10. I am just as positive that I did NOT partake at 15! And Jordan was the first to ask about one!

Strange? Perhaps not. When I told him that I was surprised that he wanted one, he replied with, “Why? I like candy and money.” Then I remembered why I lost interested in Easter Egg Hunts somewhere between age 10 and 15. The people in charge of my childhood hid eggs. Real. Hard-boiled. Eggs. And it was fun! Until it wasn’t.

So like the schmuck that I am, I dug up the plastic Easter Eggs from years past, scrounged up some Now And Laters that I had rightfully stolen from some unsuspecting children the night before and started stuffing Easter Eggs with candy and dollar bills. *sigh* 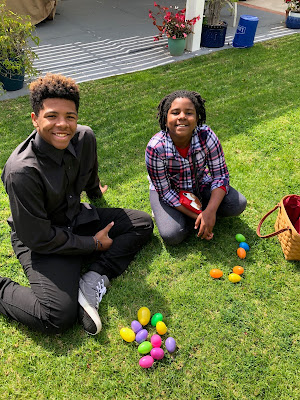 This run was a good one too. It was a typical morning run. Out and back. My goal was to maintain a good pace, which is 13:?? for me. I did that. Just enough to keep turning it over, but not so much that I would be exhausted before the end of the workday.

There was nothing remarkable or outstanding about this run. It was just exactly what it needed to be.


I was supposed to run on Thursday, but that run got cancelled. This has been happening more than I’d like lately. For some reason, I thought once the children got a little older, I would have more time to pursue my own interests. That has not been my experience thus far. Saturday, I will be missing an organized Ride that my Crew will be doing. This one really hurts.

I have not been getting the time on my bike that I’d like. There are just too many instances where I can’t leave the house. So I bought myself a Training Stand. This Training Stand! 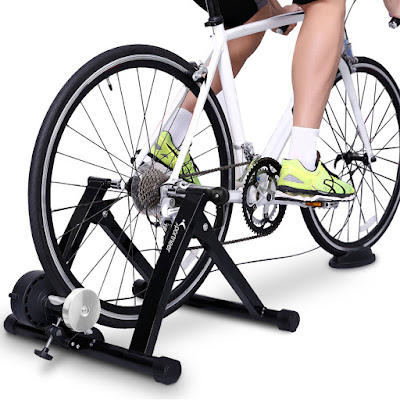 I haven’t set it up yet, but as soon as I can get some instruction and advice, I will be doing my best to work this into my daily tasks.

As always, I’ll see you on the next run!

And get your Mammogram!

Books I'm Reading or Have Read

Sabrina Hayes
I am a 45 year old wife, mother of two and breast cancer survivor. I work full time and I am just trying to handle it all and make time to train for the next run! I've flirted with running since highschool. I ran my first 5k after my son was born (2003) but never took it really seriously. I decided I would start to go for distance in January 2010. I ran 2 Half Marathons that year and plan to do more. I won't give up my day job any time soon, but I gotta say, I'm hooked!